VNA Special Initiatives are proactive grants for innovative purposes, directed to a subject area of particularly high need. These grants represent the foundation’s highest level of philosophical and financial commitment. In each case listed below, the special concentration of resources allowed us to achieve results more quickly, and of a more substantial nature, than would have been possible through a traditional grantmaking process. 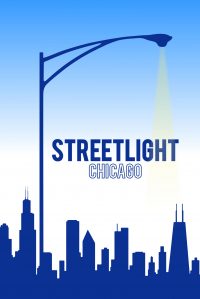 Chicago Coalition for the Homeless (CCH) and Young Invincibles (YI) have received support from VNA since FY 2016 to develop, pilot, launch and maintain StreetLight Chicago, an innovative mobile phone application that gives Chicago youth experiencing housing instability real-time information about an array of services key to their survival and progress.

The app continues to be widely used and is updated regularly with pertinent information and information about life saving resources. VNA, CCH and YI welcome other agencies that are interested in partnering with us to grow and maintain StreetLight Chicago.

StreetLight Chicago features two core functions: real-time data about the availability of beds at shelters on any given night, including a book-a-bed option, and information about health resources including proximity, cost, and types of services provided. The app also provides information about other resources including storage availability, legal and employment services, education, food programs, and emergency contacts. The overall goal of the app is to support precariously-housed young adults by giving them access to resources to improve their well-being, and, ultimately, helping to position them for transition out of homelessness. In addition to benefiting homeless youth, the app also benefits providers by making it simpler for them to convey information about their services.

Young Invincibles and Chicago Coalition for the Homeless (CCH) were recognized with a 2019 Chicago Innovation Award for their development and management of StreetLight Chicago.

VNA Foundation has supported the Chicago area’s free and charitable clinics since our first year as a grantmaking foundation, because we believe these clinics provide services that are an essential component of the safety net healthcare system. VNA has also proudly supported the development, launch and growth of the Illinois Association of Free & Charitable Clinics, a statewide association that strengthens these clinics and heightens their impact.
A 2010 planning grant from VNA allowed the development of a strategy to effectively link and network free and charitable clinics throughout the state.  A subsequent award in 2011 supported infrastructure building for the newly reinstated/reimagined Illinois Association of Free and Charitable Clinics (IAFCC).  Since then VNA has supported IAFCC operating costs while also continuing to fund the needs of individual clinics.  We believe that building a strong association to work on behalf of free and charitable clinics is the key to creating a healthcare system that serves all people. We also see the clinics, and IAFCC, as important tools to reduce health disparities.
Learn more about the Illinois Association of Free & Charitable Clinics

The Chicago Collaborative for Maternal Health

The Chicago Collaborative for Maternal Health (CCMH), led by AllianceChicago and EverThrive Illinois, is a maternal health intervention that brings together key stakeholders to address and prevent maternal mortality in Chicago.

VNA supported the first year of the intervention which included the recruitment of six health centers representing a wide range of patient populations and communities, as well as identification of six communities for outreach that are deeply affected by disparities in maternal health: East Garfield Park, West Garfield Park, Austin, Englewood, Greater Grand Crossing, and Chatham.

The CCMH is combating the maternal mortality and morbidity crisis in Chicago by building awareness in communities and government, fostering collaboration among health and social service providers, and driving quality of care in ambulatory care settings.

The CCMH envisions a Chicago where all people and all communities thrive because health care providers, policy makers, community organizations, individuals, and families partner to improve maternal health.

Learn more about the CCMH

VNA Foundation deepened its commitment to improving the health of women in metro Chicago by funding the hiring of a part time professional to assist with the planning, creation and launch of a freestanding birth center on the south side of Chicago.

The Chicago South Side Birth Center plans to open in 2023, and once in full operation the team anticipates assisting with over 300 births and providing comprehensive care to at least 1,500 individuals. In addition to an initial grant of almost $100,000, VNA built partnerships with the Irving Harris Foundation and the Illinois Children’s Healthcare Foundation to help make this birth center a reality.

The Chicago South Side Birth Center will be an independent, Black midwife and community-led, not-for-profit birth center that offers low-risk, concordant options for birth and reproductive health care. It will respond to the lack of birthing and maternal-child care options currently available on Chicago’s south side, while addressing the disparities that cause Non-Hispanic Black women in Chicago to die at approximately six times the rate of white women within one year of pregnancy.
Learn more about Chicago South Side Birth Center 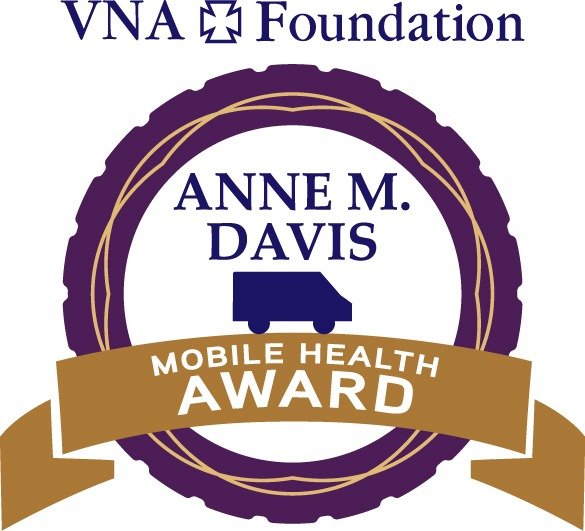 This initiative was created to recognize the dedication, volunteerism, and creativity of longtime Board Member Anne M. Davis and was first presented upon her retirement from the VNA Foundation Board of Directors in 2010.  The Anne M. Davis Mobile Health Award is awarded up to once per year, at the discretion of the VNA Foundation Board of Directors, to a grantee using mobile health services in a particularly innovative, effective and/or impactful way.
During her time on the VNA Board of Directors, one of Anne M. Davis's interests was healthcare for the underserved, as provided by mobile health units. She was always rightfully determined that the VNA Foundation’s current work reflect its heritage and viewed healthcare providers who deliver mobile services as a modern equivalent to the original Visiting Nurse Association of Chicago nurses, who traveled by horse-drawn carriages to provide care in peoples' homes. We are honored to make this award, in Mrs. Davis’s honor, to outstanding mobile health programs.

The MAVEN (Medical Alumni Volunteer Expert Network) Project strives to ensure that every person has access to high-quality specialty care, regardless of location or means. Under MAVEN, experienced volunteer physicians work with community-based providers to deliver comprehensive care to uninsured and underinsured patients via telehealth.

An FY 20 VNA Foundation grant allowed the MAVEN Project its first presence in the Midwest, in the form of a pilot program to assist and mentor providers at Illinois free clinics.

With a growing network of more than 100 volunteer licensed providers representing over forty medical specialties, MAVEN uses telehealth technology to link its volunteer specialists with primary care providers, offering them the information they need to better care for patients through direct consults, education, and mentoring.

Learn more about The MAVEN Project

Super Star in Community Nursing Award
The Super Star Nurse in Community Nursing Award was introduced in 2001 to acknowledge the service that public health/community health nurses provide, recognize the value of nursing in the community, help attract young people to the profession, and contribute to efforts to decrease the nursing shortage. For seven consecutive years, an all-volunteer, independent panel of community health experts (including the late renowned physician and public health activist Quentin Young, M.D., members of the public health community, and former “Super Star” recipients) selected a Super Star Nurse award winner and runners-up. Read about our past winners, and their amazing accomplishments and inspiring work: 2008 | 2007 | 2006 | 2005 | 2004 | 2003 | 2002
Nursing Scholarship Program

The VNA Foundation Nursing Scholarship program ran from 2005 to 2010, and awarded grants to the Accelerated Bachelor of Nursing (ABSN) programs at Rush and Loyola Universities.

The goals of our scholarship program were two-fold: first, to encourage qualified candidates, who might otherwise not attend nursing school due to financial considerations, to apply to the ABSN programs; and second, to support and promote community nursing services to the underserved, by requiring scholarship recipients to practice in a Chicago-area community- or home-based setting for at least two years after graduation.

When Rush College of Nursing discontinued its ABSN program and implemented a Generalist Entry Master (GEM) of Science in Nursing program with a focus on clinical leadership, VNA Foundation agreed to continue its support and three GEM students also received VNA Foundation scholarships in support of their education.

Over the five year period, VNA Foundation’s scholarship program awarded 11 nursing scholarships totaling $369,100. And, as a result of their post-scholarship commitment to service, by the time the last scholarship was completed, underserved communities in Chicago received 23 years of nursing services from these well-prepared and dedicated young people.

For more information about the scholarships and their recipients click on these links:

Oral Health Initiative
Beginning in 2004, VNA worked in partnership with Erie Family Health Center to facilitate increased access to oral health services for medically underserved individuals and families. One year later and with collaboration from other local health foundations, the Oral Health Initiative was launched and services were piloted at Erie’s Albany Park office. With continued VNA support over four years, Erie established fully-integrated oral health and primary care services at its Humboldt Park clinic, and as a result its patient population was more effectively served through a combined medical and dental home. Erie was also able to make a significant contribution to the community-based dentistry knowledgebase by sharing its model and experiences via several state and national presentations, and in the process became  a nationally recognized leader in safety-net oral healthcare.
Covering Kids and Families Illinois Program
VNA Foundation’s first-ever Special Initiative was made as part of our ongoing commitment to improving healthcare access for underprivileged populations in the Chicagoland area.  In December, 2001, VNA awarded funding to the Illinois Maternal and Child Health Coalition (now Everthrive Illinois) to support the Covering Kids and Families Illinois Program, created to increase enrollment in the KidCare Initiative.
Technology Initiative

During the early 2000s, the VNA Foundation team began brainstorming ways to help nonprofit health care service providers capitalize on rapidly evolving technology. Around the same time, the Health and Medicine Policy Research Group (HMPRG) performed a study of the most pressing needs of community-based clinics. The study found that lack of access to technology was cited as a significant contributor to lower staff morale and lesser levels of patient care.

VNA partnered with Thresholds in FY 13 to launch the Women Veterans Health Project, which provides a broad range of services to address the unique needs of women who have served in the military during  recent conflicts.

The Women Veterans Health Project responds to the increasing number of women veterans that require a diverse range of mental health and social services to manage the impact of military-related traumas. A first-of-its kind in the Chicago area, the Project partners Thresholds with the VA and other social service agencies to help women who have served get the resources they need to live hopeful, healthy and productive post-military lives.

APPLY FOR A GRANT